In our last blog post, we set out the Government’s planned changes to the system for UK work visas. Since then, the Government has implemented those changes, so we can now see better what they mean in practice.

There remains no further guidance from the Government on how exactly they plan to replace the Investor Visa route through changes to the Innovator Visa category. For now, the system for UK work visas generally continues to be focused on migration for employees, rather than for self-employed / independent business people.

Following Brexit, the Government has tried to make the UK more attractive to overseas businesses. It has signed a number of free trade agreements and created various freeports. Some of those businesses want to send their overseas personnel to the UK to set up and run their UK based business.

This is possible through the UK Expansion Worker route, which came into force on 11 April 2022 and which has received its first applications. First, the overseas business creates a branch or wholly-owned subsidiary in the UK. The UK based business applies to the Government for a sponsor licence, before it starts trading in the UK. It applies for a Temporary Worker licence, allowing it to sponsor workers on the UK Expansion Worker (Global Business Mobility) route. This is an online process, involving completion of an application form with information about the business; and supporting documents as evidence for the business. 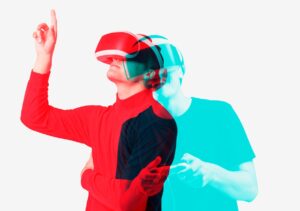 The key, general requirements for sponsor licence applications are: clear background checks for personnel; appropriate HR systems; and suitable jobs and pay. The UK Expansion Worker route is for senior managers or specialist employees, assigned to the UK to work on the business’ expansion to the UK; and this route requires credible plans to expand to the UK. Careful preparation of the sponsor licence application is key – if the Government refuses the application, it will generally be necessary to wait for at least 6 months before applying again. This would cause a major delay for the business’ planned expansion.

Normally, the Government makes a decision on sponsor licence applications within 8 weeks. It is now making it easier to fast track applications, charging a fee for a decision within 2 weeks.

Once the business has its sponsor licence, it gives a certificate of sponsorship to its key person – its authorising officer – to enter the UK. That person uses the certificate to apply for a UK Expansion Worker visa. Once they have their visa, the business can start sponsoring more people to help with the expansion to the UK.

With the UK Expansion Worker route, the Government has provided a way for overseas businesses to expand to the UK. Over time, we will see how attractive this is, particularly in comparison with the previous Sole Representative route.

Many overseas students have expressed an interest in this new route, which allows recent graduates of certain leading global universities to work in the UK. It contributes to an improved range of visa options for young people looking to move to the UK to start their careers here. Generally, these options do not lead to permanent residence in the UK, so it will often ultimately be necessary to find sponsorship from a UK based business.

This new route came into force on 22 August 2022, so its impact is not yet clear. Many scale-ups may be reluctant to take on the regulatory burden at their stage of business. However, this remains one of the few visas that can lead to permanent residence in the UK, which is a rare feature for UK work visas.

These are the key changes that the Government has introduced. Having said this, we now also have a new Prime Minister, so there could be further changes soon. Watch this space!

the founder of Ansar, & Collaboration Partner – The Brooke Consultancy

For the past months TBC has been working continuously and assiduously in unravelling the tortuous thread of a discretionary trust for my son. There was a variety of hurdles dispensed from Banks and HMRC to be overcome, and TBC did so with their customary calm and good humour establishing a solid framework for the future amid this present time of uncertainty and confusion. The trustees are indebted to them.

Lynne and the team at The Brooke Consultancy have been providing legal advice for my practice over a number of years. Their impressive knowledge and application of the law spans across a spectrum of sectors and fields, the added value they bring to my business cannot be understated. The legal advice they have provided has proved essential and has enabled my business to flourish and grow.

Over the years I have referred The Brooke Consultancy to several clients, collaborators, peers, and business contacts and the results have been nothing short of outstanding.

I cannot recommend The Brooke Consultancy enough, if you are seeking legal advice as an individual or as a business, look no further.

TBC have been my go-to law firm for many years with any legal issues on behalf of both clients and for myself.  Lynne Brooke is a highly experienced lawyer and master tactician, who handles every case with the utmost sensitivity and professionalism.  We have worked together on numerous litigation and reputation management projects in each instance the result was a positive outcome.   I can highly recommend TBC for their ability to cover all aspects of commercial law and their transparent approach of working on a results focused project/fixed fee basis.

Lynne is a unique character; his approach is based upon in depth knowledge and considerable experience with advice that is both holistic and pragmatic.

My firm has found TBC’s input invaluable on, among other things, providing advice with complex international tax matters, thanks to their broad knowledge and extensive network of contacts.