When it comes to the government’s approach to the Covid-19 pandemic, the terms innovative, bold, timely and proactive do not immediately come to mind. Yet, for a moment in summer 2020, this appeared to be the case when the government announced the first new insolvency process in 35 years to assist firms dealing with the economic implications of the March 2020 lockdown.

Companies, creditors, or shareholders may offer a Restructuring Plan, which is a “arrangement” or “compromise” between the company and its creditors and/or shareholders. The new procedure has some of the same features as the UK’s previous scheme of arrangement procedure, which is still available, as well as some significant enhancements such as “Cross-Class Cram Down.” It requires creditors and shareholders to vote in “classes,” with each class being deemed to have supported the plan if 75 percent of the class’s voting value votes in favour. The plan must be approved by a court in order to be binding on the firm, creditors, and/or shareholders (if applicable).

Virgin Atlantic Airways Limited (the ‘Company’) became the first company to take advantage of the UK government’s new restructuring plan, introduced in June 2020. This is probably the most important rescue mechanism available.

After providing a year of relief to companies in financial distress as a result of the pandemic, the government has officially stated that the ban on statutory demand and winding-up petitions would terminate on September 30, 2021, and will not be renewed.

So now the Government has announced that the temporary insolvency measures enacted by CIGA 2020 will be phased out beginning 1 October 2021, and the Government intends to introduce new legislation temporarily raising the current debt threshold for a winding up petition to £10,000.

This new legislation will require creditors to seek payment proposals from a business and will give the debtor 21 days to respond before proceeding with winding up action. Both of these measures will be in effect until March 31, 2022.

Existing restrictions on commercial landlords filing winding-up petitions against limited companies to repay commercial rent arrears accumulated during the pandemic are exceptional. With this, commercial tenants will be protected from eviction until March 31, 2022.

Small businesses will be protected from creditors even after temporary insolvency measures are phased out on October 1st, according to new measures that will assist businesses in regaining their footing as pre-pandemic times.

The new measures will benefit the high streets, hospitality, and leisure sectors, which were the hardest hit by the pandemic.

Below are the new measures for small businesses to protect them from winding-up petitions:

– Protect businesses from creditors who insist on repayment of relatively minor debts by temporarily raising the current debt threshold for a winding up petition to £10,000 or more.

– Require creditors to seek proposals for payment from a debtor business, giving them 21 days for a response before they can proceed with winding up action.

There have been surprisingly few Moratoriums since the process was introduced in new legislation in Summer 2020.  The clear aim here is to protect businesses from creditor action whilst they recover from the turbulence caused by the coronavirus pandemic.

The Corporate Insolvency and Governance Act (CIGA) allows for a 20-day moratorium on creditor action, during which time no legal action for a pre-moratorium debt can be filed. You’ll need the support of an insolvency practitioner (Monitor), and we’re lucky to have Nimish Patel of Re10 as a Non Legal Collaborator who has worked on such a case. The creditor cannot take any action for 20 days after submitting the documents in court, which requires no approval. It can be prolonged for another 20 days, after which any future extensions must be granted by the courts.

In an insolvency scenario, a supplier cannot demand payment of arrears as a condition of continuing to provide services if the arrears existed when the insolvency commenced.

Increased-charge clauses in a contract are null and void if they take effect as a result of a client filing for bankruptcy. A client’s right to cancel a contract before insolvency begins or during insolvency if it is for a cause other than insolvency remains unaffected.

Contract clauses that provide for the loss of a right in the case of insolvency are unenforceable.

Effect of the moratorium 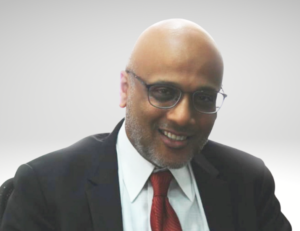 If you require immediate assistance with the CIGA process or new legislation, please remember that the multi-disciplinary team at Brooke Consultancy is here to assist you with the specialist industry expertise.

TBC has generously provided me with expert legal advice over a five-year period. He responds with tenacity, reassurance and encouragement alleviating anxiety which flares during critical moments in the litigation process. Lynne is an ‘outside the box’ thinker and dares to venture where others fear to tread. He is an absolute treasure of a man with a sound intellect and a sense of humour.

My firm has found TBC’s input invaluable on, among other things, providing advice with complex international tax matters, thanks to their broad knowledge and extensive network of contacts.

I have found Lynne to be very personable and approachable at all times, and extremely friendly and easy to deal with.

His approach is very pragmatic and he is extremely hardworking and conscientious. His works is excellent and he introduces innovative approaches to scenarios. His knowledge and legal advice have been extremely useful and professional, and I would have no hesitation in recommending his to others.

A pleasure to work with and I look forward to working with him on many projects in the future.

Lynne and the team at The Brooke Consultancy have been providing legal advice for my practice over a number of years. Their impressive knowledge and application of the law spans across a spectrum of sectors and fields, the added value they bring to my business cannot be understated. The legal advice they have provided has proved essential and has enabled my business to flourish and grow.

Over the years I have referred The Brooke Consultancy to several clients, collaborators, peers, and business contacts and the results have been nothing short of outstanding.

I cannot recommend The Brooke Consultancy enough, if you are seeking legal advice as an individual or as a business, look no further.

The Brooke Consultancy, is a friendly, reliable and trustworthy legal firm. GPI Ltd has benefited from their collaborative working approach and they are our point of contact for sound legal advice.